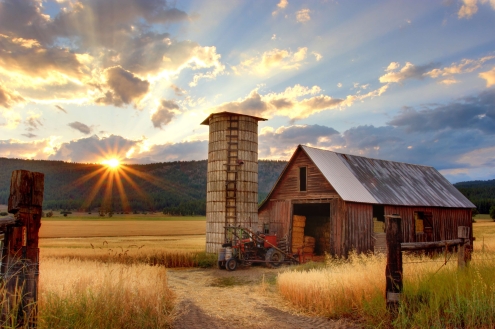 Edward John Weik is my great-uncle and was born on February 21, 1874, in Freeport, Stephenson, Illinois. His parents were John Edward Weik and Elizabeth Brandt and he was the only child born in Illinois of their family. He was a baby when he traveled with his parents to Kansas. The reason why they traveled so far away from their Illinois relatives is still a mystery. We think it was relatives of Elizabeth mother’s second husband John Henry Debus, Sr. but so far I have no evidence to support this idea.

On March 1, 1875, the Kansas State Collection Census showed them living in Grant Township in Riley County. The new parents and their baby settled in as Kansasans and added to their family, Peter Jacob 1877, Elizabeth Kathrina 1878, Susan Ann 1880, Louis Franklin 1883, Otto Richard 1885 and Maude Weik 1889.

Edward’s family lived mainly in Leonardville, Riley, Kansas and among the different ethnic groups, a young Swedish girl caught his eye. Edward was twenty-six years old when he married Emma Christine Berggren who was a year younger on June 20, 1900, in Riley County.

They started out their lives living in Sherman, Riley, County where other relatives were living at the time. Emma belonged to the Evangelical Lutheran Church that Swedish Americans attended in the area. Emma and Edward had a unique way of naming their children, in that their birth names all started with an “E”. No one knew why but maybe it was just easier for them to remember the names. Their first child was a daughter named Esther Lilian in 1901 soon to follow were Elmer Edward 1902, Edna Beth 1903, Louis Franklin 1905, Elsie Florence 1906, Earl John 1907, Emery Carl 1909, Eldon L 1911, Everett D 1913 and Euela Fae Weik 1916. They were all brought up in Swedish American Lutheran Church.

When WWI broke out, Edward registered for the Draft on September 12, 1918, he was forty-four years old at the time. His description was tall, stout, with brown eyes and black hair. Since he was an older applicant I don’t think he saw any military service. I have found no proof of him serving anywhere at this writing.

Edward and Emma continued to live in Leonardville, Riley, Kansas area up until his death in 1954. He was buried in the Fairview Cemetery in Riley, Kansas, he was eighty years old.

Please feel free to share this post with family and friends. If you have questions or wish to add any new information please email me.

Posts of the Past